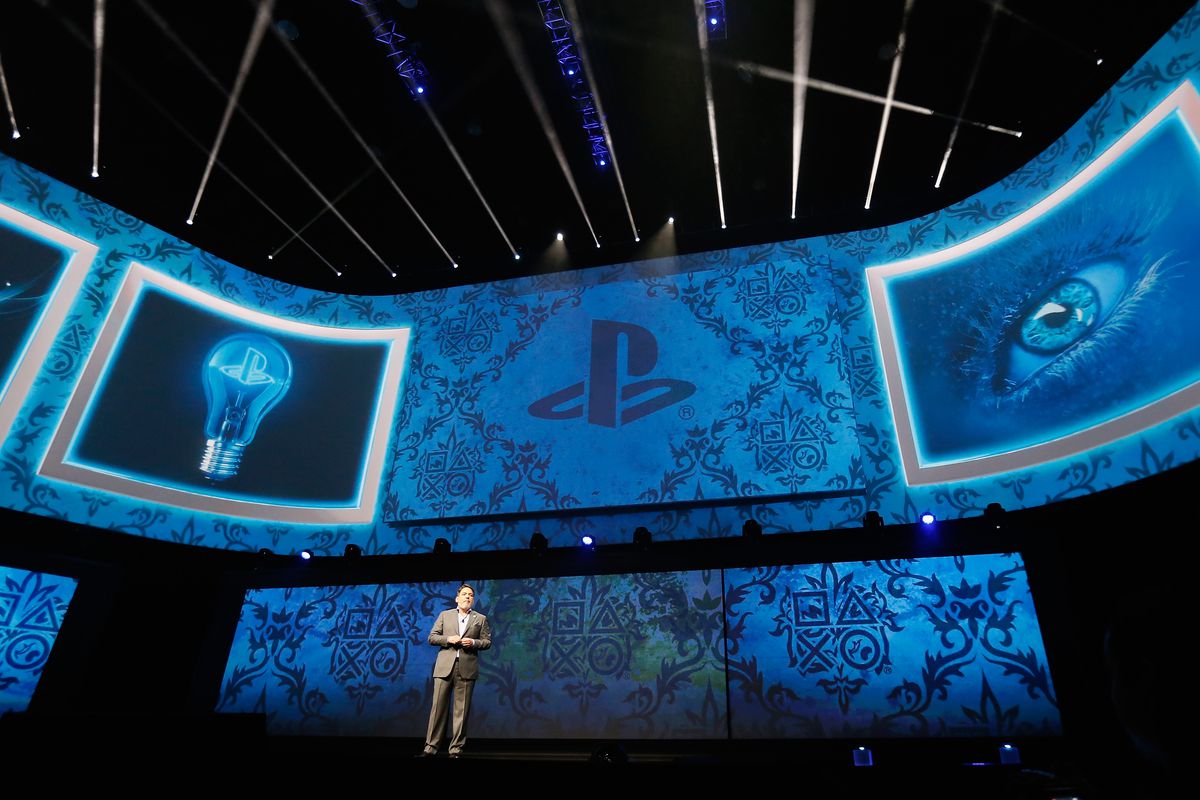 Here’s a trailer for the new Spiderman game coming out. It looks so good I could cry:

After a really solid conference from Phil Spencer and the Xbox team yesterday, all eyes were on Sony to see if they could pull off another great year of E3 showcasing. Xbox had a flawed, yet still overall positive outing at this year’s E3, showing off their new, ultra powerful console, and a bevy of games that appealed to all types of gamers. This meant that Sony had to try extra hard to try to out perform their console rivals, as well as convince their devout fans that they pledged their allegiance (and pocketbooks) to the right platform. Did they do it? Well let’s take a look.

Let’s face it, the team at Sony really know how to get their core audience hyped for their content. While not as reference laden as last E3, this conference started off in incredible style, having an incredible live showpiece with a band playing awe-inspiring music and a crazy water cascade effect behind them. Sony then did something that’s commendable, they brought out Sony Interactive America’s president and figurehead, Shawn Laden, who delivered a beautiful line. “I know you’re all here to see amazing games, so let’s just get right to it.” He then preceded to walk off stage, and the conference chugged on, showing Sony fans a lot of sweet trailers, including:

Shadow of the Colossus HD Remake 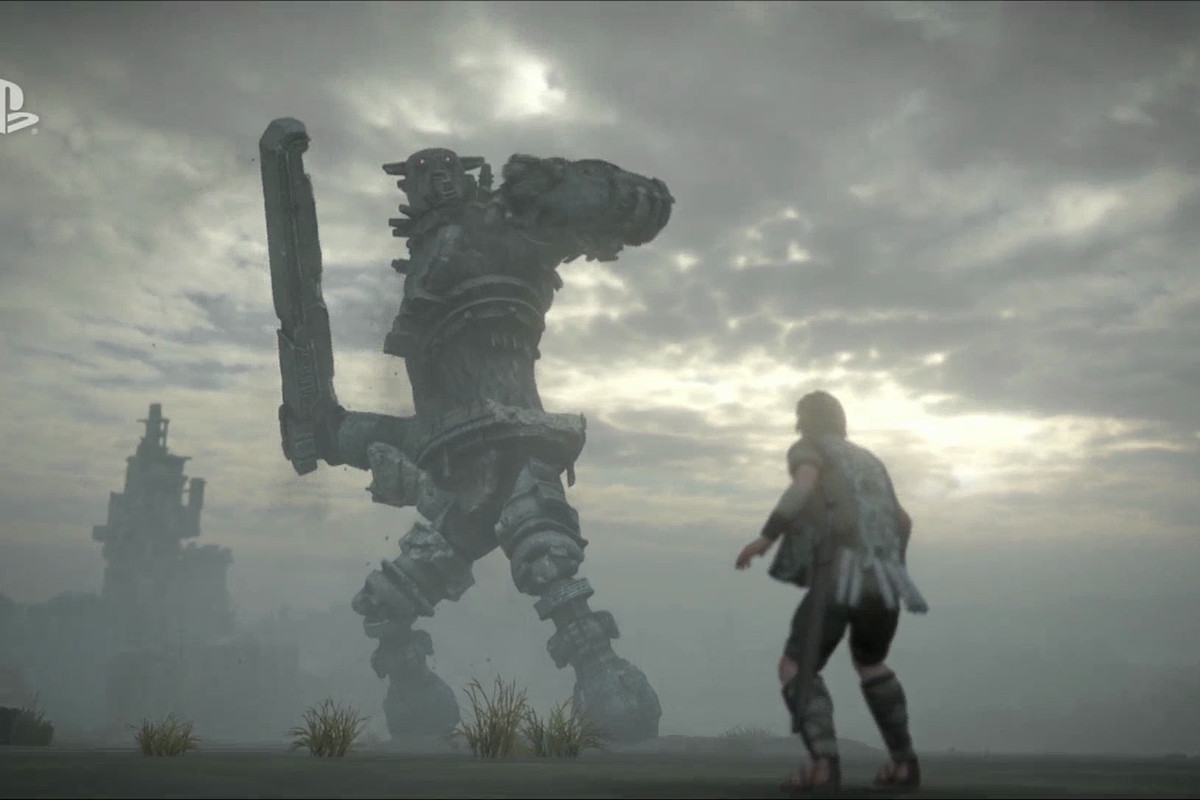 Most exciting for long time Playstation fans and most unexpected by all, was the announcement that the Team Ico classic, Shadow of the Colossus, was getting an HD facelift and would be re-released on PS4. This is huge, as fans were incredibly disappointed with Team Ico’s disastrous project that was The Last Guardian, which took way too long for how mediocre the game looked and felt. At the end of the day, fans just wanted to relive the memories of playing Shadow, and guess what, our prayers were answered. At some point in 2018, we’ll be scaling grand monsters and roaming under bleak skies, just like we remembered back in 2005. 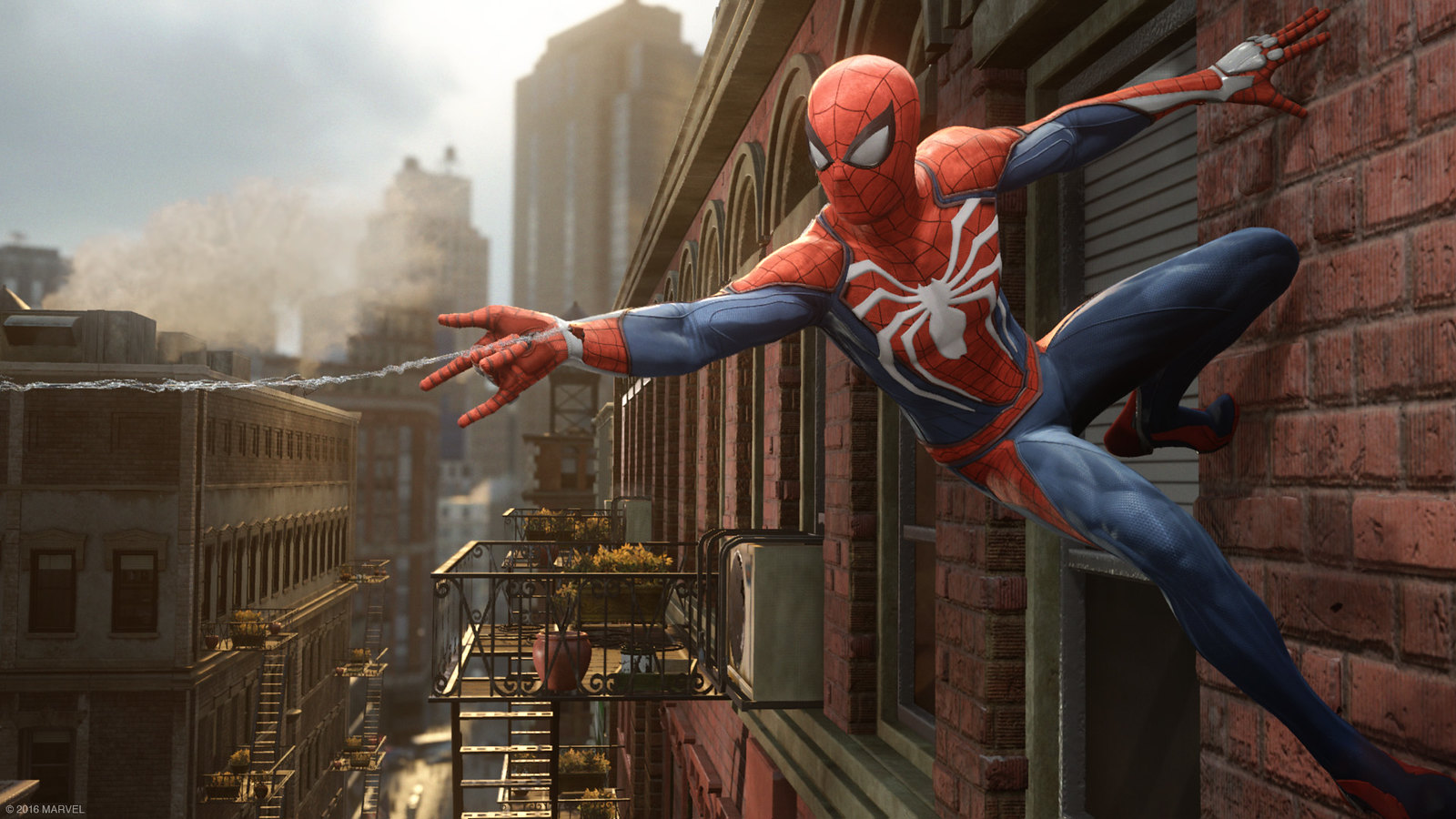 In even more exciting news, Sony closed their show out with a nice chunk of gameplay from the new Spiderman game being developed by Insomniac Games. While last year, we merely got a small teaser, this year we saw a fully functioning game, and really got to see the meat of what this game will be. To nobody’s disappointment, it looks like it plays a lot like the Batman Arkham series, which is a really good thing. Time will probably be spent swinging around the city and stealthing on goons, as well as dispensing justice with your Spidey-fists as shooting thousands of webs. The only thing that had people hesitant about the trailer was how many quick time events there were, but considering how popular the Uncharted and Tomb Raider games are, I think this game will do just fine. Glad to see Spider-Man has escaped its emo-phase and returned to being top tier content, yet light hearted and fun content (fingers crossed). 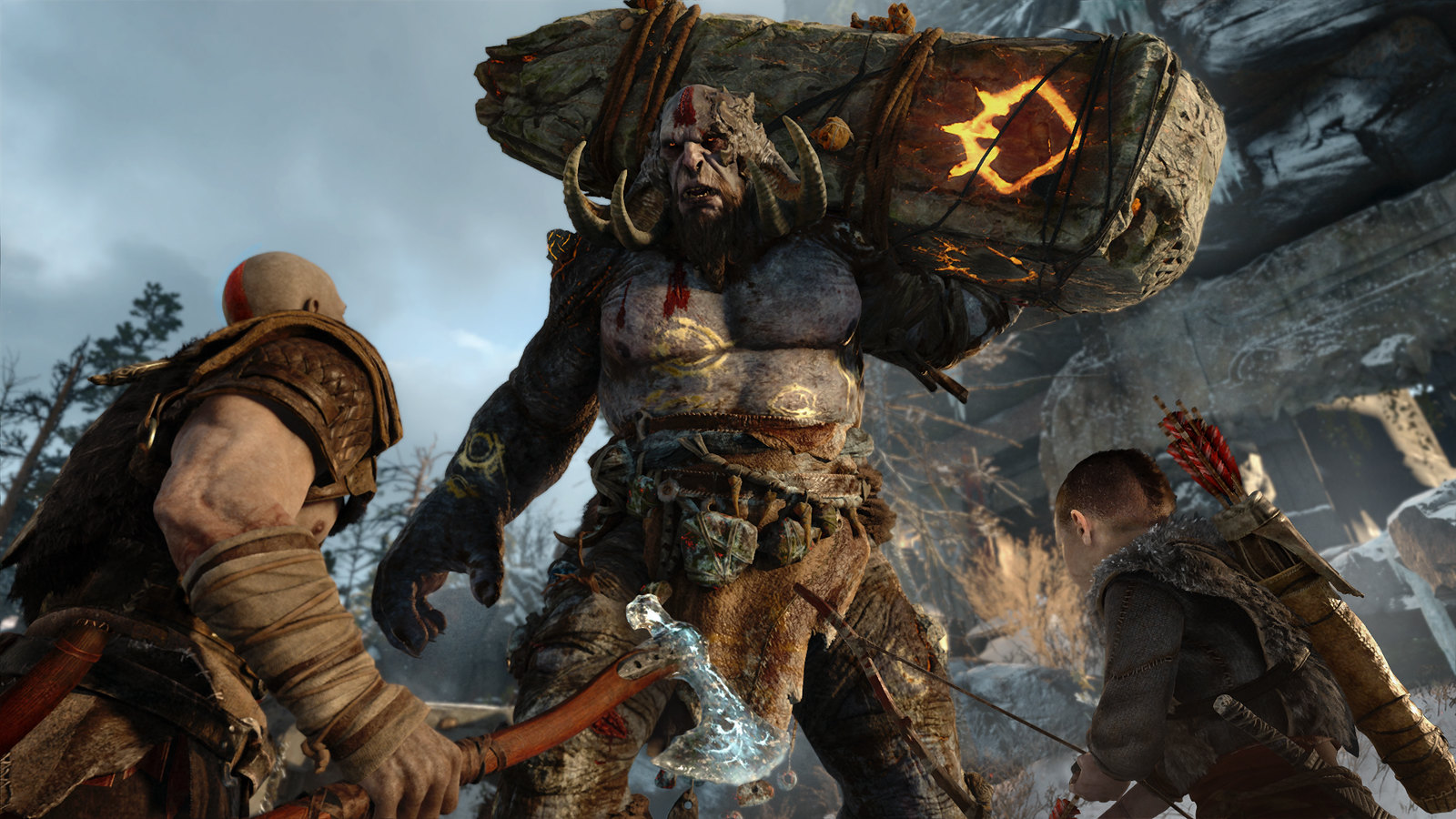 Last on the list of truly exciting games from the conference is the new God of War game, which gave us an exciting and fairly lengthy look into what the new adventures of Kratos will entail. We saw a bevy of awesome monsters, weather effects, and kill animations as Kratos and his son traveled all over beautifully designed terrain. This was different from the last trailer which showed off a lot of new elements previously seen in God of War games. This trailer stuck with what God of War does best, and oh boy does it do it well. It’s been awhile since we got a God of War game, and considering how high quality the rest of the games have been, it’s safe to assume that this one will be just as exciting.

What’s interesting about this E3 so far is that no matter how polished a game might be or how well the trailer is laid out, none of the companies have been able to hit that “hype” level that a lot of them accomplished the last two years. Between Bethesda’s “And it’s out now!” Fallout announcements and Sony’s Horizon reveal, the past E3’s have given us trailers that left people in universal awe, despite party allegiance. Sony really had a chance to do that this year, and to their discredit, they failed to do that. Here are some of the letdowns.

Too Much DLC, Not Enough Games

My biggest complaint with games this year is that there aren’t enough of them, at least from Sony. While Xbox showed off 42 new games last year, Sony’s conference was short and sparse. Instead of seeing the onslaught of brand new first party IP, we merely saw them milk DLC after DLC from existing IP’s like Uncharted and Horizon. While these are great games and loyal fans are excited for more content from them, these add-ons were presented in a way to fill the void of actual new content. When the actual games that were announced were single-player story experiences, not having content with longevity was a bad move.

After seeing a new and extended trailer for Days Gone, fans were left relieved that there was actually going to be Last of Us style content from the game, and not just non-stop zombie slaughtering that we saw last trailer. What worried fans though was how much this game looked like everything else on the Sony marketplace already. Drab, gray and brown locations, rugged and macho main characters, and apocalyptic monsters are commonplace now on the Playstation, and fans everywhere are really suffering from fatigue. No matter how pretty these games look, they will never perform as well or have as positive an impact as a cute 2-D indie game. The other issue is that there wasn’t a lot of genre diversity on this docket. While Xbox showed off racing games, puzzle games, shooters and RPG’s, all we saw with Sony was 3rd Person action games, that all looked alike I might add. Its noticeable that this sunk in for even devout Sony fans, as the general reaction after this conference was that it felt like there was something missing. What was missing was any kind of content variety or original ideas. But hey, if it sells, it sells.

Detroit Shows Us No Good Games Are Coming Out This Year

Another major issue that everybody, not just Sony experienced this year, was that none of these games seem to be coming out soon enough for us to be truly hyped. Again, years past had audiences whooping as they found out games were going to be released in just a few months, or even better, had demos that were ready to download the second they got back to their hotels. This year, if audiences were lucky Sony’s games were releasing early 2018, while some games, like Detroit, didn’t have a release date at all. With how many game shows that Sony has every year with PSX added on, it makes one wonder what all this money and strange production value was even worth.

There really wasn’t a lot else to be said about this very “meh” conference. Some additional content shown were very unexciting PSVR games (hey they’ve gotta push units somehow) that failed to get any traction. Other mediocre showings included Destiny 2, the new Call of Duty, and a startling lack of independent content. To make matters worse, the audience wasn’t very excited this year, and every time the producers would cut to an audience reaction we would get some hype-killing display, like somebody yawning, on their phone, or just generally seeming uninterested, which is such a stark difference from last year’s display. At least Xbox put their audience in matching t-shirts….

Playstation has had a huge fall from grace this year, much to everyone’s surprise. Just yesterday, fans were touting that all Sony had to do was show up, and they had their conference win in the bag. Turns out, all Sony had planned really was showing up, which is a shame because of how much money clearly went into this conference. Here’s how I’ll score it:

Sony and Playstation genuinely failed to give audiences anything other than a passable presentation this year. The thing is, if the presentation is going to be passable, why even try? Even more interesting is that Sony did literally nothing to try and draw in new audiences to their ecosystem. They did nothing to sweeten their sad attempt to match the Xbox One X, they did nothing sizeable to push their PSVR, and they did nothing to convince undecided gamers to pledge their cash to Playstation. Ironically, this makes Xbox’s showcase seem more impressive than it did yesterday, because at least they were obviously trying and seem to be many steps ahead. Sony was left looking like they were only playing catch-up. Oh how the mighty fall. Let me know in the comments below if you have more of a positive view outlook on this conference. Be sure to check out tomorrow’s blog, where I’ll sum up what the biggest announcements were, and who really won this E3. If you’ve read these last two blogs though, it shouldn’t be much of a surprise.