Here’s a nauseating article from the CBC, normalizing both pedophelia and terrorism:

The world’s been wild this past week, and unfortunately the media seems to focusing on the wrong things (go figure). North Korea has been acting up, playing a game of missile chicken with the Pacific, CNN has been harassing people online for posting memes, and Justin Trudeau paid the 10.5 million dollar bail on the head of terrorist Omar Khadr. Let’s focus on that last one shall we?

For those unaware, Canadian PM Justin Trudeau has a track record with being absolutely incompetent when it comes to how he handles terror. He’s famous for his quote, “If you fight terrorists, they win”, which feels like the equivalent of a dorky kid in school saying that kids only pick on them to feel better about themselves. Except for Canada, getting picked on by the bully means innocent citizens die and billions of dollars are spent waging war in the Middle East. Anyway, Trudeau decided that on the 4th of July, it’d be a good idea to totally absolve Omar Khadr and give him his freedom. Omar Khadr is an interesting person to study, not because he’s interesting, he’s a terrorist who deserves to rot in prison for the crimes against humanity he’s committed, but rather it’s interesting to study how political figures handle his imprisonment. Khadr is the youngest person and the only minor to be tried for military level war crimes since World War II. In Afghanistan, when Khadr was 15, he killed an American soldier by throwing a grenade, among other acts. He was captured, and subsequently tortured and questioned at Guantanamo Bay by the Americans and Canadians. Interestingly, Khadr was born in Canada and was only in Afghanistan because his father moved his family there to join in the terroristic activity. There’s no defense for Khadr. He was 15 when he took a person’s life, and saying that his family is responsible for his actions doesn’t sit well with me. It also doesn’t sit well with me that the Canadian Prime Minister released him on the American Independence Day.

There’s a lot of passive aggressive actions that have shown towards America these past years. Some things are small, like when France’s Macron greets Merkel before Trump, and some are large like when North Korea intentionally murders an American prisoner after promising to release him. What Justin Trudeau did is the epitome of one of these actions, he could’ve chosen any day to do this settlement, or even better, not reached this settlement in the first place. The reason Trudeau paid 10.5 million to Khadr is because he is suing the Canadian and American governments for what he believes were human rights violations committed on him while in Guantanamo. The legal proceedings questioning whether foreign terrorists still had the same human rights that normal citizens or criminals possess were still going on when Trudeau paid Khadr his settlement. He could’ve waited for the courts to rule that Khadr sacrificed his human rights when he decided to kill an American soldier as an act of terror, just like a felon loses his right to vote after he commits a heinous crime. Instead, Trudeau jumped the shark, immediately capitulating to terrorism and justifying anti-Western behavior yet again. 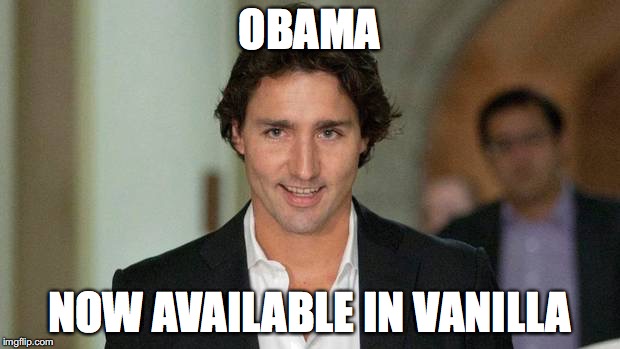 This capitulation has been the scary trend I’ve been seeing from all the left leaning and globalist leaders lately. Think about all the red lines that Obama drew yet didn’t follow up on during his presidency. Think about every media outlet defending terrorists and the negative aspects of Islamic culture, including rape gangs and female circumcision as an act of virtue signaling. Think about Angela Merkel and the EU forcing European nations to accept millions of migrants (which aren’t refugees by the way, numbers are out) ruining the culture and safety of their nations. If you think all of these things are unrelated, or good for these nations, or aren’t the signs of people who want to destroy Western Culture, then maybe reassess what’s going on. We need to crack down on terror, we need to take the threat of Islam seriously, and we need to start treating our nations as sacred, not as outdated and worthless. Stop fetishizing Trudeau’s actions, and stop blindly hating on Trump’s, recognize every action these leaders take effect future generations. On one hand Trump enforces a travel ban on dangerous Islamic nations and on the other hand is Trudeau paying to bail a high profile terrorist out of jail on America’s Birthday. Really makes me glad that I’m not up in the north, wouldn’t want to have Zoolander as PM.