Politicon, a two day event in Pasadena, California took place this weekend, acting as the Comic Con for the who’s who in politics. Although there were plenty of big names there from both sides of the American political spectrum, like Roger Stone and Chelsea Handler, the big draw for folks at home was the debate between the Daily Wire’s Ben Shapiro, and The Young Turks’ Cenk Uygur. Shapiro is incredibly popular among conservative crowds, most notable for his ability to debate and reliance on facts and reason to shut down those who question his beliefs. He’s become so notable among online communities for winning debates that it’s become a meme to pull out clips of his talks on college campuses and to edit in “thug life” over the footage. Cenk meanwhile, it noteworthy for being the most public and popular face in left-wing politics these past years, amassing a large audience and building his company to contain 80 people. He retained credibility in his viewer’s eyes for supporting Bernie Sanders over Hillary Clinton in the 2016 election, and calling out the DNC for foul play when they rigged the election for Clinton. Both of these figures have large appeal and garner millions of views to their fan bases, but they also draw massive amounts of hate from those who disagree with them, even on their own side. Hilariously, I feel like I know more people who shifted to the Right in 2016 because of their hatred for TYT and their inability to argue their values over anything to do with Trump or Clinton. This sets up a fairly exciting debate, with both figures drawing large crowds both in person and online. At first, the debate seemed to be fairly even, but as time ticked on it became clear that the loud mouthed Cenk had little to actually bring to the debate. Let’s take a look at what he said, and why everybody unanimously agrees that Shapiro won.

The most important issue that the two covered, because it’s the most timely, is the topic of health care. With the Obamacare repeal failing by one vote, and with polls indicating that large amounts of America are fine with the ACA, it was important to see where the two sides fell on the debate. What struck me right away was that Cenk, even on a debate stage, couldn’t provide any kind of facts or reasoning beyond the typical surface level arguments that I see my college peers post on Facebook and Twitter. He claimed that more Americans getting covered was better than less getting covered. He claimed that if it was left to the market, millions of people would die. He pointed at Europe, and said that America was ranked 37th in health care globally, claiming that we would improve if only we fully embraced a single payer, government controlled system. Shapiro, being the intelligent man he is, countered all of these points brilliantly, pointing out that the single payer system seems good in theory but ultimately fails in practice. He points out that the European nations benefit from not having to spend their budgets on national security since we do that for them, and that while we are ranked 37th, we are in fact ranked 1st in the world for 5 year cancer survival. The deeper point he made was that ultimately, single payer health care devolves into a rationed system, and for a nation of 330 million people (compared to Denmark’s 5 million) scaling up a forced system is ludacris. Shapiro didn’t even have to delve deeper into the problems with a single payer system before Cenk devolved the conversation into, “if you don’t want universal health care you hate poor people argument” which Shapiro shut down by saying as an individual, you are guaranteed to life, liberty and the pursuit of happiness, and government rationed health care does not support that. I think it’s important to notice here that the only argument for Obamacare and single payer system is one based on desired equality and coverage for the disadvantaged, although this argument fails even on that front as it ignores all those hurt by the lowered standard of care brought on by the mandatory nature of the coverage. I really want anyone who supports single payer to watch this debate, as every one of your stances will be supported by Cenk, and every single one of them will be expertly shut down by Shapiro. If only our Congress operated like this. 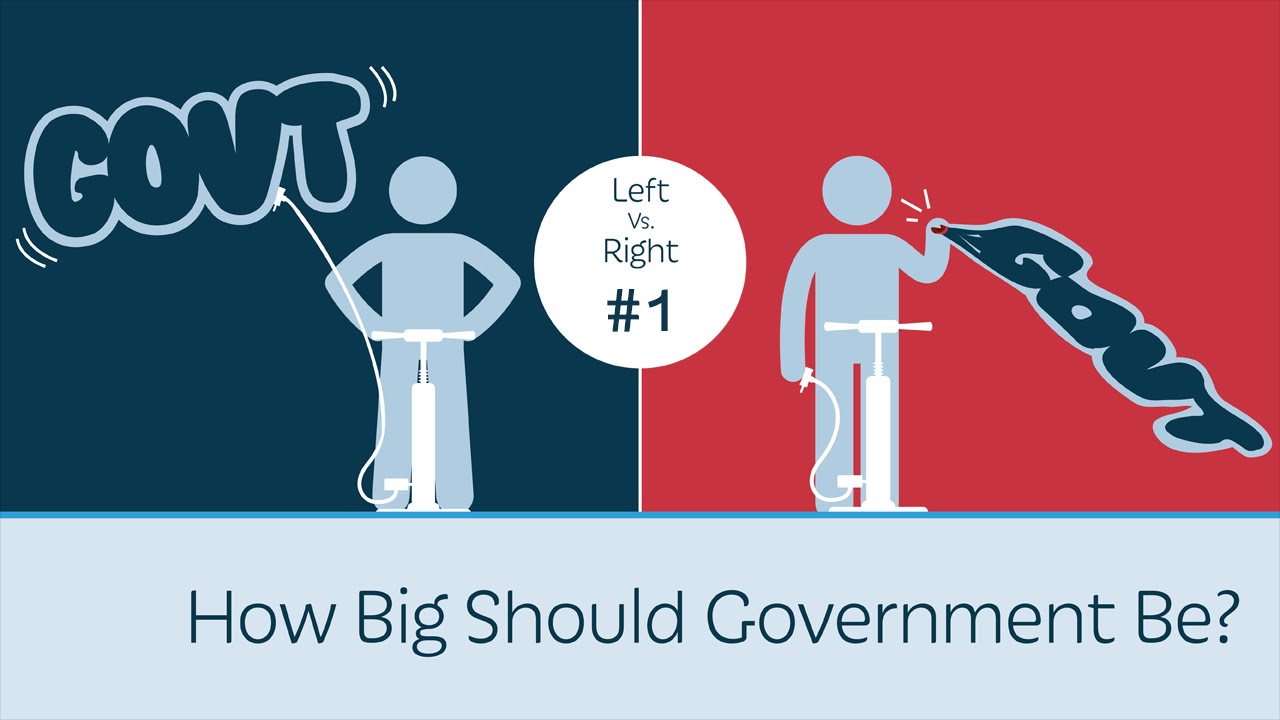 The rest of the debate isn’t really worth getting into as much detail over, because it follows the same pattern as health care. Cenk argues against lowering taxes and supporting business, claiming that corporations are all evil and that taxes used to be much higher on the rich in the 50’s and 60’s, which he claims to be our “golden era”. Shapiro goes on to call Cenk out on this, saying that TYT is a corporation, and the dehumanizing of business is what allows corrupt businessmen to get away with all that they have done. He also points out that they both agree on that people who cheat the system are bad, and that corruption is a big problem in government. It’s here that Cenk makes an interesting claim, a wasted one, but interesting nonetheless. At one point he calls Shapiro out, saying that conservatives always claim to be small government, while at the same time wanting a big government for military (Iraq War cost a trillion dollars) and for the government to encroach on personal lives with the War on Drugs and the abortion debate. This is a valid point, and this actually brought up a solid discussion between the two over what was right or wrong for the government to get involved in and what it should stay out of. Something that’s bugged me forever is how both sides rush to claim the better sounding stance, yet don’t seem to actually live up to those titles. Of course, Cenk eventually lost ground here quickly, but he did recover a couple of times. Ironically, when he did recover it was because the two of them found common ground, and whenever that happened the two rushed to divide themselves again over issues like wars and taxes. The funny thing is though, when Cenk actually did bring up a solid point, it caused Shapiro to drop the typical arguments he’s made at every college campus these past years and actually debate. The same thing happened every time Cenk tried debating that Republicans are racist or play the minority card with Shapiro, as every time he tried Shapiro would cancel those statements out with genuine facts, forcing Cenk to formulate an argument that didn’t revolve around these. Audiences were surprised at how much the two actually covered because of this, and somewhat seriously stated that this debate felt more like a presidential debate than the ones we got last year.

What We Can Learn From This

Out of all the debates that have taken place across-party lines this year, none have managed to actually be of any substance. People are so attached to their ideologies that political discussion has grinded to a halt, with political disagreements leading to folks losing friends and careers over beliefs they hold or people they support. What was so fascinating about this debate was that both sides accidentally had to argue things differently than they normally do and try to understand their stance more, funny considering both men are lawyers turned journalists. While it was clear that Shapiro wiped the floor with Cenk, I feel like I could almost register on his face that he recognized Shapiro was right every time he was rebutted with facts, and at no point did this debate turn into a screaming match. Having two of the largest faces in alternative media politics could’ve turned into a complete riot, but instead, it was a full length and at the end of the day, fairly cordial debate. Shapiro admitted many times that he respects Cenk for being able to run and operate such a successful establishment and Cenk recognized Shapiro for being on point with facts multiple times. I hope that both sides walk away learning something from this debate, and that the current way they’ve been arguing with people isn’t going to cut it in the future. This applies especially to Cenk, and all the people who still support him and the beliefs he represents. You can’t hold leftist beliefs and not have factually based arguments anymore, nobody is going to accept that and take it seriously. If you say you possess your beliefs because you “care” about people, then maybe actually research them and make sure that your stances on economics and health care aren’t actually some of the most destructive policies throughout history. Realize that winning any kind of political argument is no longer going to be hinged around saying the right catch phrase or saying the right “gotcha” statement. It was funny watching Cenk on stage because in the beginning when he was fumbling I saw no difference between his speech patterns and those of President Trump or Alex Jones. At the end of the debate, Shapiro said that the greatest ally of the Republicans is the stupidity of the Democrats. This is something I shouted all last year, and continue to iterate in these blogs. It is unhealthy for only one side to be the party of facts, logic and honesty, because those are values that should not be monopolized. I hope every Democrat watches Cenk get smeared on stage by Shapiro, because they should realize the tactics that they used during 2016 will get them nowhere but mocked and laughed at. I hope Republicans watched Shapiro rely on facts and honesty to take down Cenk, but also how he never stepped down and never ceded a conversational hill. Ceding for the sake of winning is how we got a President Trump out of all of the other GOP candidates. At the end of the day, just watch the debate between the two because it’s the most emblematic conversation we’re going to get of where America stands on major issues. We all agree that we need to fix this country, we just keep stumbling over how. Maybe with more debates like these we’ll figure it out.