Taking a break from all of the political drama going on in the world, my family and I decided to head over to Chase Field here in Phoenix, AZ and watch the Los Angeles Dodgers play against the Arizona Diamondbacks. Although Arizona was the home team, I didn’t really have a horse in the race, and honestly I was just excited to see a well matched game against two teams who are doing pretty well right now. I figured I’d show off some pictures and do a little guided tour of my experience, so I hope you guys enjoy!

As you approach Chase Field, you’re greeted by a giant industrial facade, as well as the massive D-Backs logo. On all the walls leading up to the entrance are pictures of big players, like Peralta and Goldschmidt, as well as a fair share of ticket scalpers. 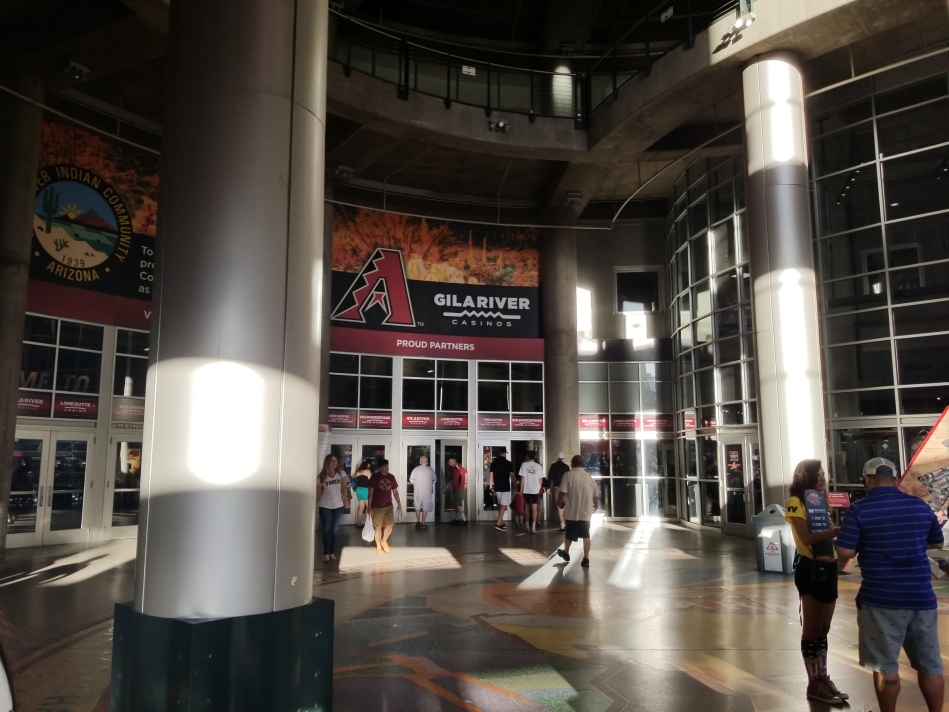 After you get through security, you enter a rather nice front area, full of Diamond Back mascots ready to take pictures, as well as friendly employees who are willing to guide you in the right direction. Honestly, Arizona has some of the nicest customer service I’ve ever had in America, which is few and far between these days.

We had to climb some stairs to get to our seats, but I didn’t mind as we were able to get a sweet view of the city. Although I prefer Austin and Las Vegas, I always enjoy visiting large cities, as I prefer the ambient hum of construction and cars to the relative quiet of suburbs or rural areas.

As with any stadium, there were concession stands galore, but my favorite were these smaller snack ones. They had popcorn, churros, hotdogs, peanuts, and my personal favorite, deluxe corn on the cob. These yummy treats obviously cost a lot, but these booths had the best prices out of the rest of the food on offer.

Here’s a full view of the stadium from where our seats were, pretty sweet in my opinion. I always prefer being behind the batter, mainly because I like being able to see what the pitcher is throwing better. It also doesn’t hurt that I can see all the dozens of screens that are hung throughout Chase.

The following GIFs are from the most exciting moments in this hard fought game. This one was a pretty sweet defensive play on the part of the Diamond Backs. An awkwardly hit ball was saved by Goldschmidt and finished off by the pitcher, causing the Dodgers to end that inning scoreless.

I felt bad capturing this one. The batter was clipped by a pitch, getting AZ a base in the final inning. Since they were down 2-1, everyone felt as if the upcoming batter, Lamb, was going to win this one for them. I love watching the disappointment in the catcher’s body language whenever the pitcher hits a player (as long as everyone is okay).

This GIF contains the game winning hit by Yasiel Puig, the Dodger’s controversial star player. This was about mid game and by bringing his teammate home, Puig managed to tie the game up and doom the Diamondbacks.

Finally, at the bottom of the 9th, the Diamondbacks struck out, losing the game 2-1. Although all the fans were praying for a rally, the Dodgers managed to bring out a solid closing pitcher and wrap up the game. I feel the fans would have been angrier, but honestly I feel as if everyone was just happy to have seen a solid and hard fought game. I adore baseball, and games like these are why I enjoy this sport. Sure, it’s always great to see last second playoff wins, but there’s so much second-to-second excitement and strategy going on in this sport, I don’t understand how anyone calls it boring. 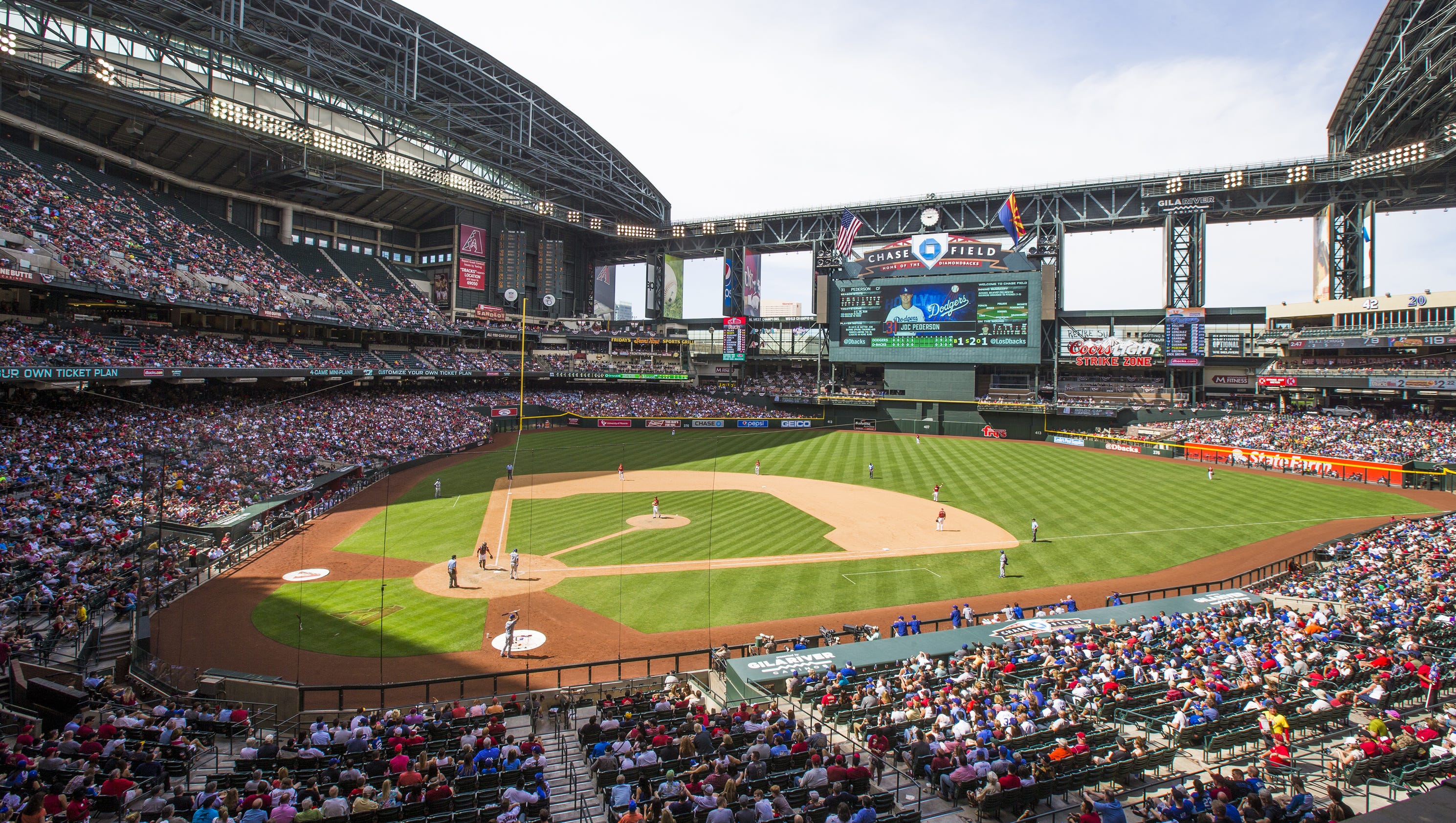 I hope you all enjoyed this little tour of Chase Field and recap of the game I saw! Let me know in the comments if you’ve seen any sweet games at Chase, or even better, what your favorite baseball stadium is. In trying times like these, it’s always great to enjoy our favorite pastime with family!

1 comment on “Take Me Out to the Ball Game: Dodgers v Diamondbacks at Chase Field”