In a somewhat bold decision today, President Trump has decided to repeal DACA, or the Deferred Action for Childhood Arrivals. This controversial act instituted by Former President Obama allowed children who were brought into the United States illegally to stay in the nation and acquire work under the moniker “dreamers”. About 800,000 children are affected by this policy, and the polarization over the decision to repeal it stretches far beyond the left-right political divide in the nation. While Trump has made it clear his intention has been to remove it, pressure from his AG Jeff Sessions, and his new Chief of Staff Gen. Kelly have caused Trump to delay this decision for six months, allowing Congress to take action on the matter. What makes this an important dilemma is that this isn’t just a matter of immigration reform, it’s a matter concerning the wellbeing of young people forced into a situation by their scheming parents. Just as I soften on forms of social services that involve providing for children, I feel it’s worth examining our immigration laws as far as they pertain to children who have had no existence other than the American one. At the same time, I totally understand where MAGA folk come from in their desire to not give an inch on immigration, as this pandering to emotional over rational appeals has gotten us into the situation we’re in today. No matter what, we can all agree that former President Obama went too far in using executive power to handle such a serious immigration decision, and that it’s better that Congress come to whatever consensus they do on the matter, no matter how disappointing that consensus is. We can’t spend eight years complaining about how much Obama abused his powers as president, yet use those same powers to enact equally unfair policies. Those who cry for Trump to immediately kick out all illegal aliens from the nation are more worrisome than the actual policy itself, as those who yearn for dictatorship typically find it. 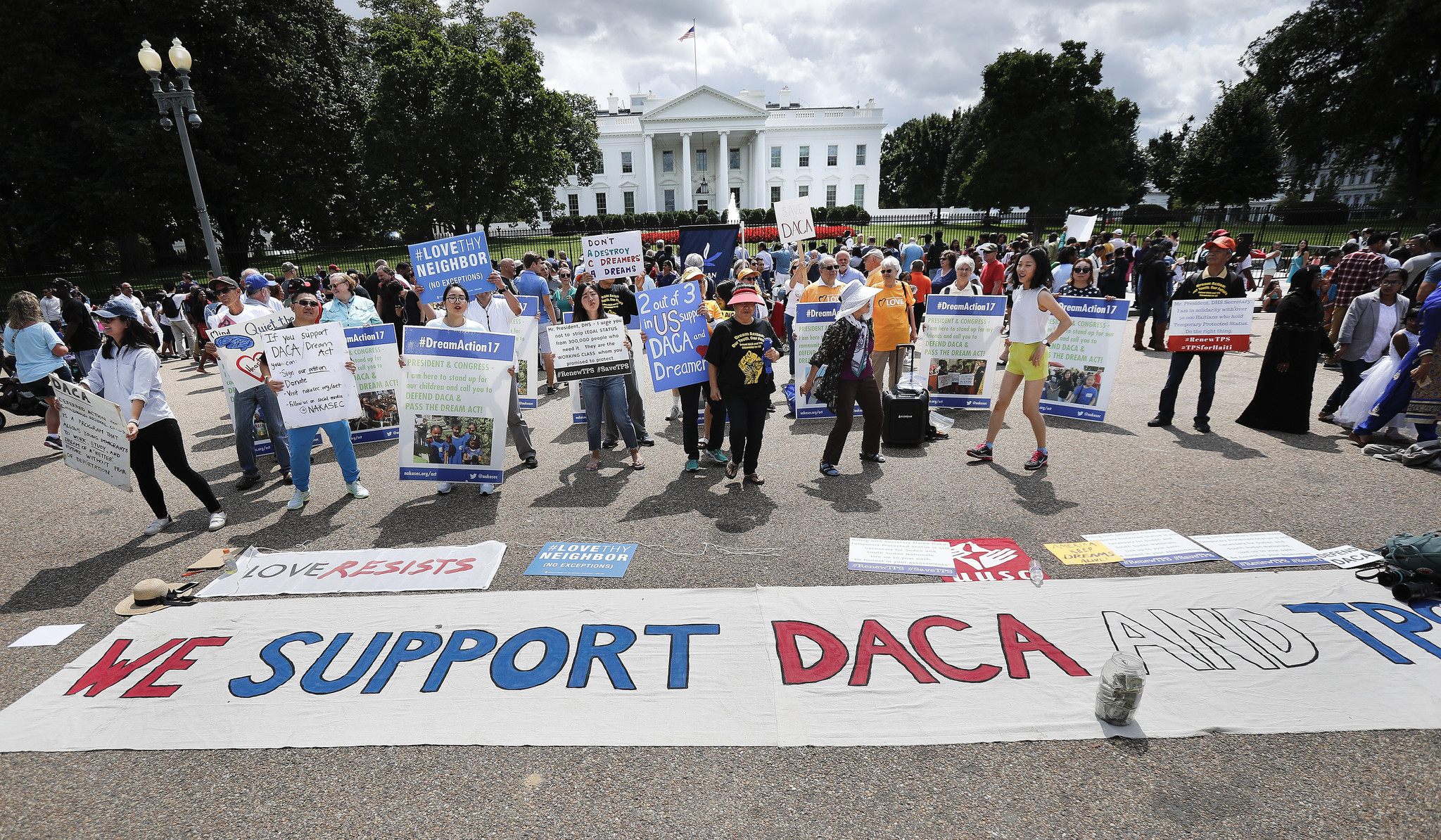 The important thing to focus on in this whole matter isn’t what Trump’s action will be, as that is pretty set in stone. What is most important is gauging the reaction to Trump’s move throughout the GOP and Congress. No matter how far right people think Trump is, objectively our Congress right now is comprised heavily of moderate RINO’s, who never really hopped on the MAGA train that President Trump ushered in 2017. This Congress failed to repeal Obamacare, have failed to make any appreciable changes to our tax system, and most of all, have genuinely just failed to use their majority to garner alliances in order to pass some form of legislation for the betterment of our nation. These elites obviously don’t have the American interest in heart, to the extent that the few vocal opponents in Washington, like Rand Paul and Ted Cruz, are household names despite being just lone figures in a sea of moderates. Look at faux-Conservatives like Paul Ryan caution against repealing DACA, and even Marco Rubio defend Dreamers, and it’s easy to realize that the prospect of earning political brownie points for supporting immigrants has long trumped any integrity for maintaining the wishes of constituents.

At the end of the day, I can understand both sides to the DACA argument. I’m incredibly critical of illegal immigration, and believe that if a parent commits a crime, no matter the motive, there needs to be punishment for such an action. While I’m sympathetic towards children being victims of circumstance, I do feel that immigration is the most serious long term issue that this nation faces, and as long as we give affordances and loopholes to children, we’ll only see more people abuse those systems in order to further burden our nation and use our own generosity against us. Ultimately, Trump’s decision to delay the removal of DACA for six months will leave the repeal decision to Congress, which will be their last attempt to actually pass legislation before the 2018 elections. Keep an eye on this decision friends, once all is said and done, it will effect a lot more than 800,000 people.