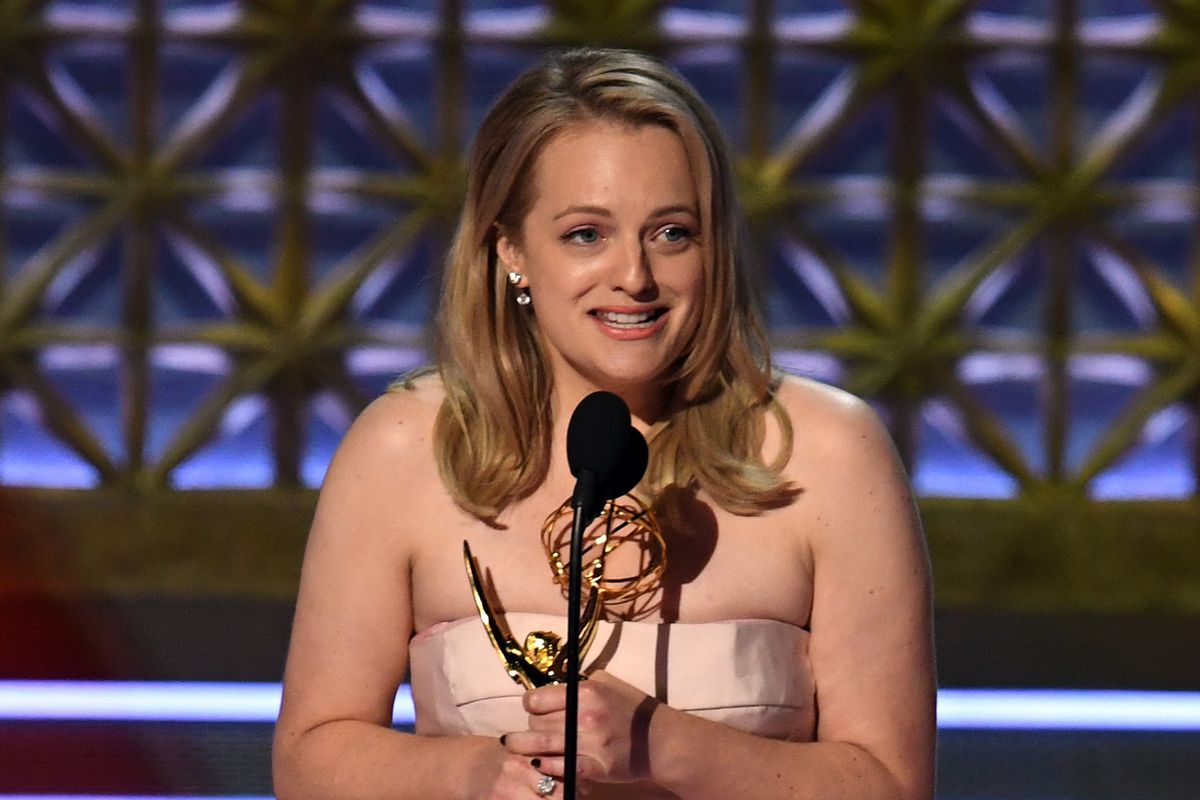 I’ve been on record before claiming my distaste for modern award shows, whether they’re the Oscars, Tony’s or in tonight’s case, the Emmy’s. What used to be a celebration of artistic talent has been reduced these days to constant political bickering and social justice pandering. The best example of this in recent times was Meryl Streep’s acceptance speech at the Golden Globes, where the overrated actress used her podium as a soapbox to bash on Donald Trump and virtue signal in a blatantly anti-Semitic fashion. While tonight’s Emmy awards had it’s fair share of awkward eye roll moments, most notably when Sean Spicer appeared to nobody’s amusement, the most strange moment to me was in the victory of Elisabeth Moss for The Handmaid’s Tale.  Her acting in the Margaret Atwood adaptation has been fairly heavy handed, and the show’s messaging has been overt and annoying, yet her performance in the series isn’t the only thing that should have prevented her from receiving an award tonight.

There’s an amazing thread on Twitter that I’ll link to here that explains why Elisabeth Moss’ win for Handmaid’s Tale is not only unfitting, but ironic: https://twitter.com/yashar/status/909560276554539009

For those who don’t know, Elisabeth Moss is a Scientologist. This means that she willingly belongs to a “religion”/cult that essentially creates a reality very similar to the dystopian fantasy world of the Handmaid’s Tale. The fact of the matter is that almost every award that the show won awards for was because of political pandering, instead of actual talent or advancement to the field of television. While many other shows have deservingly won awards despite political climates, there’s no denying that the fear mongering and social justice heavy shows of today are what filled the Emmy award list. Although this has become the norm, I genuinely hoped that the Emmy’s would be better than this, and recognize how gross it is to give an actress an award for her role in a politically pandering show, while that actress belongs to a cult that is far worse than the average White American world that the show tries to demonize.

The fact that in 2017 actors publicly decry Woody Allen for his life decisions yet simultaneously blindly support figures like Elisabeth Moss or Roman Polanski is insane to me. It’s so bizarre what society decides to get offended by and what it doesn’t. It’s strange that instead of recognizing that the lack of black nominations for the Oscars every year is related to a lack of compelling or quality black content, popular culture pushed the narrative that Hollywood was incredibly racist and refused to nominate black artists. It’s strange that everyone applauds people who pretend to be other people for a living, and who use award shows to spew propaganda and strangely political rhetoric, despite these actors being the most disconnected people from actual society in all of American history. It’s strange to me that a scientologist, who belongs to a cult that encourages members to snitch on fellow members and doesn’t allow communication outside of the cult, is applauded for playing a character in a universe that criticizes the same behavior. In years past, I’ve been over award shows, but now, I’m genuinely disappointed in them. The fact that the artistic institutions in this nation are so disconnected from reality is a sad thing to realize, and there’s almost no way that it gets better from here. The fact that there’s no alternative to this nonsense is an even harder pill to swallow. Here’s hoping that someone that’s both talented and successful creates a new platform where art actually matters and politics are put on the backburner, or else America’s art is going to be nothing more than political propaganda.