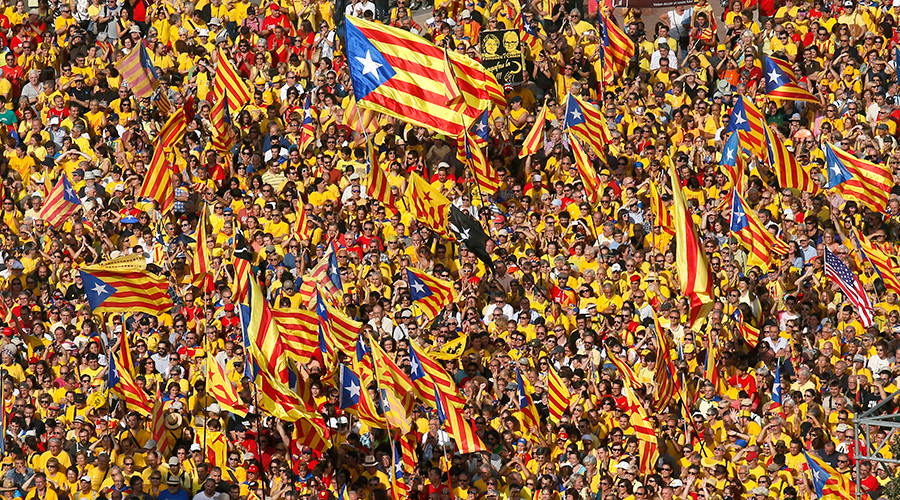 While the world meets in New York this week as part of the United Nations, it’s important to remember that a massive social rebellion is coming to a head in Spain, and it seems that no one wants to talk about it. What makes the Spain/Catalan split so fascinating is that unlike the Scotland/UK split, or even a Texas/California and US split, Catalan would actually benefit from not being attached to the rest of Spain. Economic reasons for splitting aside, Catalan has been identifying as a unique region from Spain for a long time now, and it’s worth watching the separatists act. In a time where so many are focused on globalism and open borders, it’s almost jarring to see a group of people want to be defined as a unique nation, especially in modern times. For a long time now, several once great nations have been a massive burden to the European Union. These include Greece, Portugal, and, notably, Spain. While the nation of Spain has been lagging economically, culturally, and competitively these past decades, the region of Catalonia is doing just fine. Not only is the region incredibly wealthy, but it has it’s own language, style, and most importantly, identity. Much like how northern Italians don’t identify with southern Italians, the people of Catalonia don’t identify with the rest of their nation. The fact that they have their own capital, Barcelona, and that so many harbor resentment towards their surrounding Spaniards, it’s no wonder we haven’t seen a split sooner.

I think the closest we’ve seen in recent history to this kind of a geographic split is with Canada and Quebec. Much like Catalonia, but possibly to a more extreme degree, the region of Quebec speaks French while BC speaks English, and Quebec has always had it’s own identity separate to that of the rest of Canada. It’s notable to point out that the Quebec split was actually incredibly close, and if it wasn’t for a few rigged politicians and greased hands, we probably would be looking at a divided Canada right now. We can see a similar situation already happening in Spain, as the Spanish government is cracking down hard on rebels and separatists, not viewing the separation vote as legitimate, and sending in federal forces to quell any protesters. Ironically I think this government action is doing nothing but escalate the situation, as people are naturally inclined to support the underdog in a situation that they understand little of, just look at the Middle East and the Arab Spring.

Unfortunately, European politics are so corrupt, I’m not too optimistic about Catalonia’s chances towards achieving independence. As we approach the October 1st referendum vote, I urge everyone to keep an eye on what’s happening. While things seem to pretty peaceful so far, I wouldn’t be surprised if the Prime Minister and police force begin growing heavy handed with their desire to quell separatist fervors. It’s hard not to sympathize with both sides in this situation, on one end you have a desperate Spanish Prime Minister, trying to keep his nation together in the face of Islamic terror and global threats both at home and abroad, and on the other side is the north-eastern region of Catalonia, a people with their own language, flag, pride, and economy, who are sick of being held back by a lethargic and failing bureaucratic government. The thing to keep in mind is that even if the independence movement fails, these sentiments won’t go away, and as Europe starts to lose its foothold in the world to Russia and China, having a dissenting portion of your population is never a good thing. Here’s hoping that whatever happens, no more lives are lost, because the last thing the European world needs is to devolve into the same errors their ancestors made just a century ago.