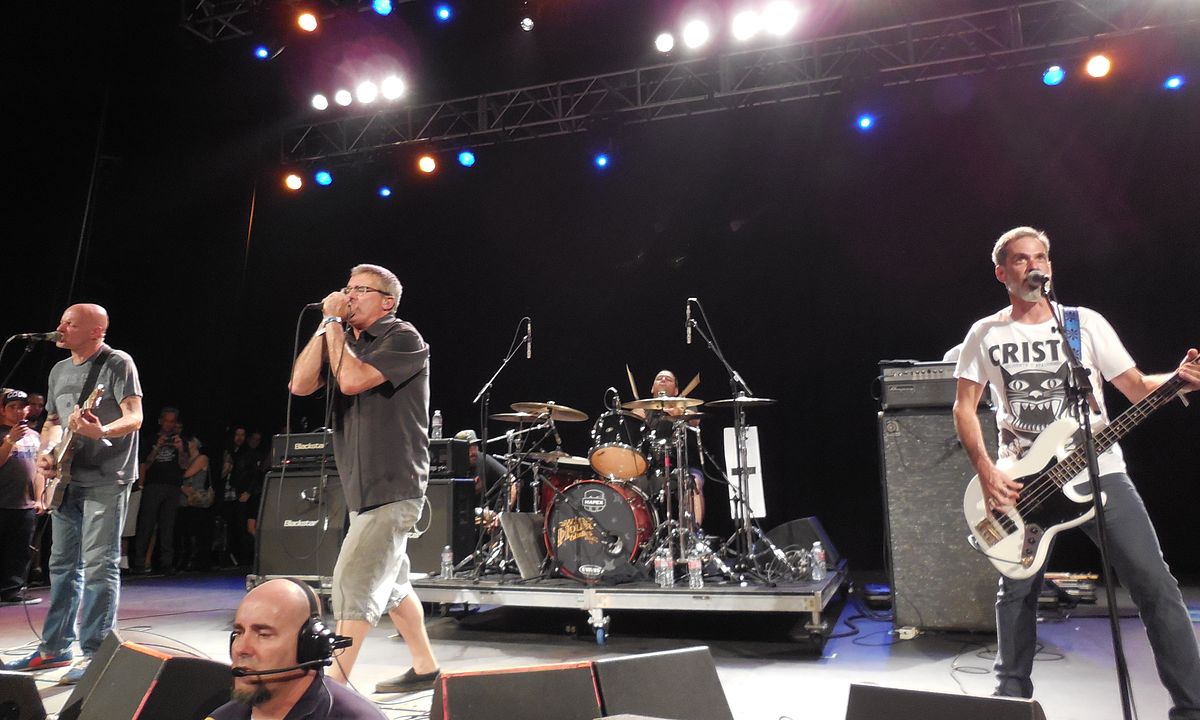 As a music lover, I got the fantastic experience of being able to see the legendary punk band the Descendents, live, at Stubb’s in Austin, TX. I personally think that punk rock is the best genre of music to see live, as not only is all of the music played genuine, but the atmosphere at concerts is impossible to beat. Nothing will ever be able to match the energy of a good punk band jamming on stage, and tonight definitely did not disappoint.

The Story Behind the Music 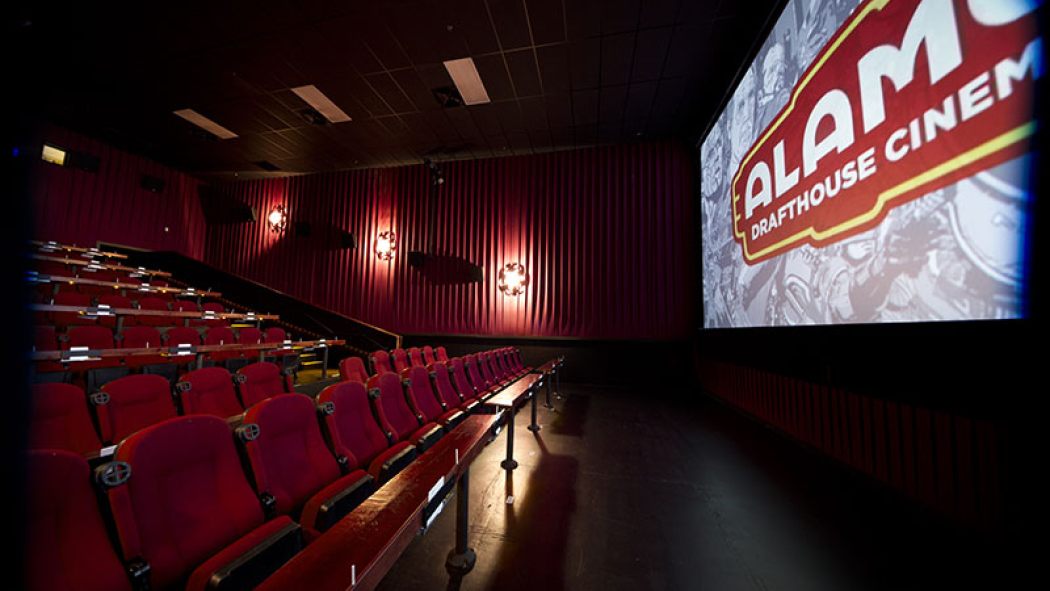 I started my day in the best way possible, as I watched a screening of Filmage: The Story of Descendents/All, with the documentary’s creators in the theater and having a personal Q&A afterward. While it was possible for me to show up to the reunion concert tonight without this having watched the doc, I feel like having the band’s history and important legacy laid out in front of me really got me on a greater level of hype that typical concerts don’t. It was insane seeing not only how bumpy the band’s path these past decades has been, but also how influential they’ve truly been on the punk and rock scene throughout the years. The cherry on top of all of this was watching the documentary at the Alamo Ritz on 6th Street, which is always a treat and a pleasure.

While just seeing the Descendents play together would’ve been enough, I had an even better experience because of the two amazing openers. The first was Scott Reynolds, who has an amazing and strange spot in musical history. He was one of the lead singers for All, the band that was formed whenever the Descendants lead singer Milo would go off to be a scientist instead of a musician. Scott falls in the strange position of being recognized as musically gifted and being well respected, yet monetarily received no wealth, and never really got the fame he deserved during his time. After leaving All, Scott has been working at a bar in Austin, but has still retained his musical ability. It was insane seeing him holding a guitar, singing songs from before and after his time with the Descendents, but instead of the smaller venues he’s used to, he was playing to a packed crowd of 2000 at the Stubb’s. Aside from him, the Riverboat Gamblers also ran through their set-list, and their high energy and amazing showmanship definitely got me hyped to see the headliner.

Once in a Lifetime

While the opening acts did a lot to get me excited, nothing could prepare me for how much of an experience the Descendents coming out could’ve been. During the first three songs I felt like Jon Snow from the Battle of the Bastards, caught in a sea of bodies all rushing in multiple directions, caught in a wall of sound and energy. Eventually, people began to calm down, and although still rowdy and mosh-heavy (as any good punk concert should be like) it was nowhere near as bad as the beginning. Aside from the understandably excited crowds, seeing the Descendents play a mix of their classics and their new stuff was amazing. Every element from the documentary ran through my head, from the drummer’s near death experience and multiple surgeries, Milo’s hopes and desires, the inspiration for a lot of their hits, and more. Like most live events, nothing can truly describe what it was like seeing these punk legends jam on stage, all together and having a blast. Hearing certain bass lines got me absolutely giddy, and there was something so magical about having a packed venue know every lyric to every song played by the headliner.

A Night to Remember 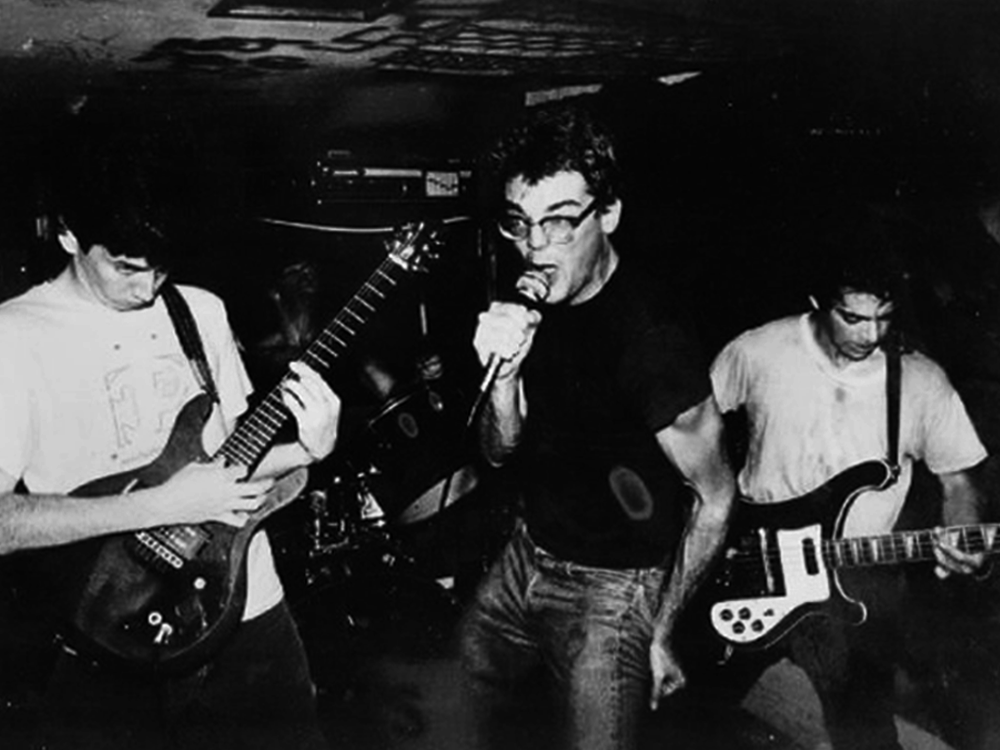 The fact that the band is getting old and everybody is where they are in their lives, what I experienced tonight is probably something truly unique. Everything lined up perfectly for me to have an awesome experience, and every single thing amplified the overall whole. Even when I went to buy concert merch at the end of the show, I managed to show up just in time to grab the last shirt from the design I wanted. The stars truly aligned tonight to give me an awesome concert and music experience, that nobody will probably get to experience in the same way again. If you’ve made it this far in my blog, do yourself a favor, and listen to Milo Goes to College all the way through. It’s a short album, and you’ll see how a 26 minute collection of songs could influence multiple generations of music, all while creating a totally unique image and burning through dozens of lineups over the course of decades. Absolute legends.