In yesterday’s post, I asked readers to vote on whether or not they found drone strikes to be ethical. I intentionally left the details on the matter vague, because I wanted to see what the initial reactions would be to such a question. To my surprise, none of those who voted marked “no”, and most everyone marked yes. In today’s post, I want to analyze what makes drone strikes different from normal military action, what the Trump administration did yesterday, and take a look at what public perception is/what it should be on the matter. 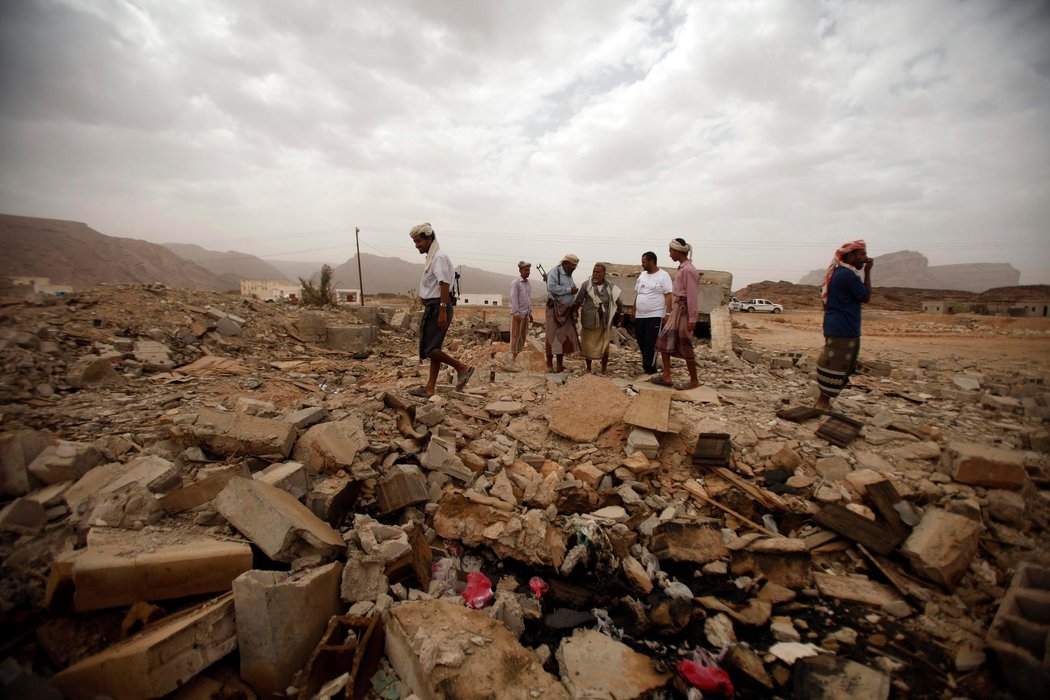 Listen to any modern war strategist or anti-terror expert these days, and they’ll all spend the first portion of their talk explaining that everything has changed. The days of America fighting other powers with boots on the ground and trained riflemen are incredibly outdated, and the fact that we continue to use foot soldiers in the Middle East and in the nebulous war against terror is insane to me. The U.S. still has a need for a standing military force, especially if tensions with Russia, China, and North Korea continue to escalate, but the only wars that we’ve been fighting these past decades have been part of a totally different power dynamic.

Conflict in the Middle East has been a game of homefield assault this entire time, and the Arab world’s use to terror and militia tactics are a result of this. Despite America having millions of troops and access to the best equipment in the entire world, it’s been playing a slow and agonizing game of invasion and nation building these past years. Between Shock and Awe and several other brutal techniques, we’ve been simultaneously leveling people’s homes, neighborhoods, and businesses for some people’s entire lives, and then blame these same people for not wanting to follow a puppet leader and latching onto fundamentalist psychopaths who use barbaric tribal identities and beliefs to rally the masses and continue to put up a resistance against us. The formula we’ve been using is a non-winning one, as for every multi-million dollar aircraft and humvee we send over, all it takes is a cheap stinger missile or IED to take them out.

The fact of the matter is that our entire history playing global police in the Middle East has been incredibly problematic and frustrating as we’ve never chosen a clear side. As Democrats and Republicans squabbled over which side to support and which contractors would make trillions of dollars on equipment that will be used to slaughter thousands in the name of freedom, the situation in the Middle East continued to worsen to a crisis stage. Aside from the Western influenced Jewish nation of Israel, and several autocratic states like Iran and Turkey, every other nation in that region is more or less a war zone and complete humanitarian crisis. It was only a matter of time before splinter groups like the Islamic State popped up, operating not out of the Taliban’s caves or the government’s parliament buildings, but out of shops, homes, and mosques all over the Muslim world and abroad.

With this massive splintering and never ending conflict, it became genuinely impossible for the war machine to justify using humvees and tanks to blow apart otherwise innocent villages, so thus came the drones. Armed with the ability to fly above visibility and anti-air defense systems, and equipped with high-tech visual tech and deadly missiles, drones were the ultimate solution to the seemingly unsolvable problem. Why waste innocent lives having soldiers kick down doors and try to gather intel when multiple drones can literally scan an area for days and find out more than the U.S. could hope for. Why send in hit squads or normal airstrikes when trained drone operators can literally track down, gather intel on, and absolutely annihilate priority targets with minimal effort. The drone then became the ultimate tool for this strange new modern warfare, but with it came so many questions and new problems.

The first thing that should pop into your mind whenever you hear about drones being used is what exactly are the boundaries on this power? Who gets final say on shots, who oversees that every target killed is genuinely who we think they are, and how do we know that splash damage or missed shots won’t lead to political and moral nightmares in the future? It’s all tricky, and although drones are a huge amount of power, it’s best that they’re in our hands. The fact of the matter is that we as a nation do have moral codes and guidelines, and for the most part we’ve been fairly consistent and monitored with all things considered. While more transparency would be ideal, there does have to be a balance between society ensuring the government isn’t using our taxes to slaughter people overseas unchecked, but at the same time have enough secrecy to actually be able to take out the evil people in the world should we need to.

What makes the matters more complicated is what Donald Trump’s administration just did yesterday. For the first time (officially), the President gave the military the authority to drone strike in Libya, outside of established warzone and active military territory. While this doesn’t mean that we’ll immediately see the U.S. razing Venezuela or North Korea to the ground, but it does set the precedent that the U.S. will openly operate outside of combat boundaries. It’s a valid stance to be concerned about what this slippery slope will yield. We all saw the millions that the U.S. murdered during the Obama Administration with more sanctions put in place, imagine what a Trump Administration could do with more time and less oversight. Imagine not only the immoral things that might occur for money, power, or just by chance, but also think of the global credibility we lose for the sake of perpetuating a problematic conflict.

So then, when I ask readers if drone strikes are ethical or not, I ask with loaded reasoning. While I do think on paper that the U.S. would be foolish to not take advantage of the power that drones give them, I think we as a populace should try and check the powers that the military is granted to fight an already strange war. Apply the rules we’ve bent in the war on terror to any hypothetical new war, and imagine if the same tactics were applied and used. A world where the U.S. is allowed to destroy Russian towns with drone strikes because of a media induced war isn’t far away, and for that I am concerned. In no way do I condemn the U.S. military or even drones in general, but I do disdain the constant power and cash grabs that are made in Washington, at the expense of our lives, foreign lives, and the moral integrity of our nation. At some point, lines have to be drawn and morality has to take precedent over blind chest beating. Here’s hoping that the adults in the room end up stepping up, before it becomes too late.

One thought on “U.S. Pushes Boundaries of Power With Libya Drone Strike”