For those unaware, the vote in Spain for an independent Catalonia took place, and although official results have yet to be released, polls indicate that 90% of voters chose for Catalonia to leave Spain. The elections themselves have been one of the largest arenas for corruption and crony governmental power, as scores of controversies have broken out over the important vote. Just today, the King of Spain, Felipe VI, came out in support of the Spanish government and condemned Catalonia for causing “national disunity” and public disorder. To most people’s anger, Felipe failed to bring up the police violence that led to hundreds being beat and injured during the election process, as well as the Spanish government’s attempts to undermine the independence referendum at every turn. As it seems that the vote definitely passed, questions over voter turnouts, corrupt polling stations, concerns over police brutality and unruly protesters, and worries the Spanish government will enact a clause in their constitution that could suppress the Catalonian vote, it’s hard not to draw parallels between Catalonian independence and the desire for an independent Britain. 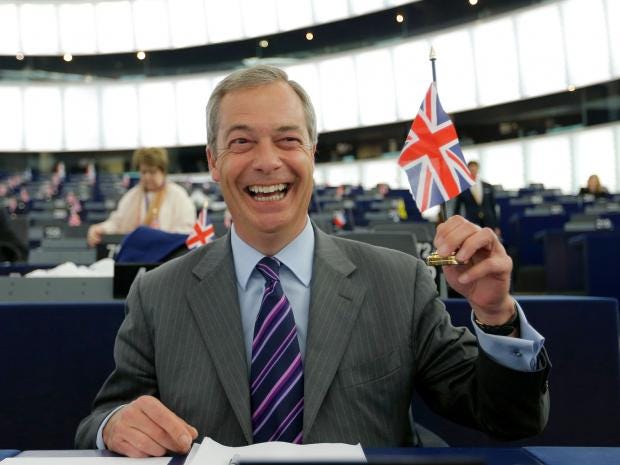 As a supporter of Brexit, what has always worried me about the referendum was how much it relied on political bureaucrats and ever-changing figure heads to actually execute on Britain’s separation from Europe. Remember that it’s already been over a year since the Brexit vote happened, and the impotent Theresa May and Tory party have done nothing but float the notion of leaving around, while at the same time Labour leaders and rich aristocrats label separation supporters as “angry white workers throwing a temper tantrum”. The fact that two major populist movements in European nations have successfully managed to garner a majority of the vote in their favor, yet elected officials refuse to respect these results, is very telling of the political climate in that region. The same world leaders who chide Trump and support Merkel and Macron are the ones who have turned Europe into the unsafe, Marxist trash heaps that we see today.

It’s important to remember that no matter the result of the election, we don’t confuse nationalist movements with anything to do with the right-left political spectrum. To call those who voted for Brexit “right wing” is to dismiss political reality. No matter what the modern cultural Marxists and political left-wing in America want you to believe, it’s possible to be proud of your country/state/city/community without being conservative or even right wing. Having a strong allegiance to national identity has nothing to do with race, religion, or political affiliation, and the ignorance of this simple truth has been the downfall of so many left wing movements these past years. A solid portion of those who voted for Trump also voted for Obama just years before, and when asked many were driven away from Hillary because of her globalist rhetoric and “America Last” mentality. The majority of those who voted for Brexit weren’t from the tiny and young UKIP party, but were instead made up of the every-man residents of England who were tired of getting trampled on by the disconnected urbanites who live in London. 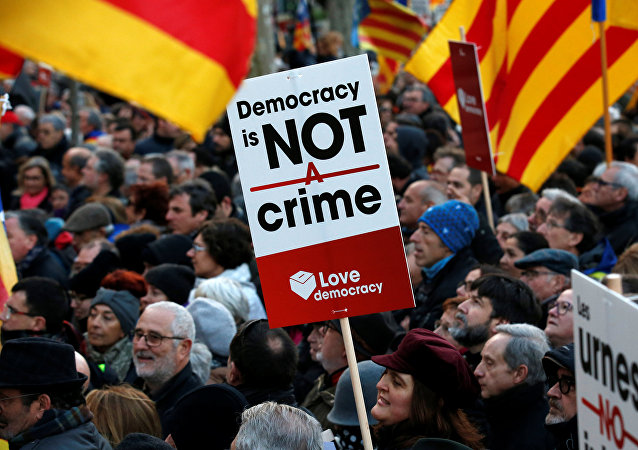 So then, as more news comes out about Catalonia, remember that despite the region’s unique language, food, and culture, they’re still Spaniards. They still come from a culture where people take siestas, where socialism is an acceptable political ideology, and where multiculturalism is accepted and embraced. Don’t fall into the trap of believing right-wing pundits who try to paint the Catalonians as a libertarian movement, nor should you believe globalists or Euro-supporters who paint them as violent thugs or pseudo-fascists. As always, the truth lies somewhere in between. As Americans, we can look at what’s going on in Spain as proof of what happens when globalist, Marxist, and left-wing ideology takes precedence over democracy and the needs of the individual. The days of police attacking voters and rich figureheads condemning public opinion are already close upon us, and if we don’t stay on the course correction that we took with Trump, we might as well kiss our freedoms goodbye.