In a very cryptic way, President Trump alluded today that he was planning on getting the U.S. out of the Iran Deal in the upcoming months. Outlets are reporting that he claimed we’re in the calm before the storm, but the President has also been loudly claiming for months/years that the Iran Deal is not only toxic because of Iran’s hazardous position in the Middle East, but also because the deal itself doesn’t have America’s best interest first. Many conservatives and moderates view the Iran Deal as the epitome of the Obama administration’s horrible foreign policy and support it gave to evil nations and terrorists. While the hazardous deal hasn’t led Iran towards nuclear armament yet, mainly thanks to efforts taken by Israel, the deal in it’s current state does nothing but harm the U.S. and leave the world in a more hazardous state. The question then arises not over whether or not Trump will not certify the 2015 deal, but rather over whether he can get our broken and corrupt Congress to support him.

Possibly the greatest factor motivating those with a moral conscious to remove the Iran Deal is that if you know anything about foreign policy, Iran is at the center of most of the evil coming out of the Middle East right now. There’s essentially been a Cold War going on between Iran’s Shia radical regime, and Saudi Arabia’s strange Sunni coalition, and the U.S. has been struggling to make sense of it ever since we forcibly inserted ourselves into the region a few decades ago. While many can be critical of Trump for going to Saudi Arabia, acting friendly with their leaders and increasing our existing trade deals with them, those people are missing the positive effects of taking the Saudi side. As long as Trump effectively re-institutes sanctions on Iran and gets rid of the horrible Iran Deal, while simultaneously keeping pressure on Saudi to keep on their somewhat progressive and stable path, Trump will be doing exactly what he promised he would do. Former President Obama pretended as if peace wasn’t possible in the region, yet constantly used drone strikes and dropped bomb after bomb, while also creating horrible deals that funded groups like ISIS and helped strengthen enemies like Iran. Trump has effectively been doing the opposite of this, yet for some reason isn’t getting the credit. While it might be a hard pill for isolationist minded folk to swallow, we’ve caused so much damage in the Middle East and gotten so involved that it’s not only logistically impossible, but also morally irresponsible to leave the region. I don’t envy our president in having to inherit the mess left by both Bush and Obama, but if you view our situation as a chess game, Trump seems to be doing alright. While the modern left-wing loves to paint combat situations as all subjective, and claiming that there is no right or wrong, the fact of the matter is that objective morality does truly exist, and as of right now there are groups that are relatively more right than others. While it’s awful that the Islamic culture in Saudi Arabia essentially promotes racism, sexism, homophobia, bigotry, and slavery, the fact of the matter is that they’ve only been getting better. As the region remains stable and the elite’s obsession with American society grows, the nation as a whole will continue to adapt along with it. The fact that women can now drive is an indicator that with enough time, things will get better, which is in stark contrast with Iran which has been slowly devolving into a modern cultural wasteland. Look back at Trump’s speech in Saudi Arabia, and he made a very clear statement to the nation’s leaders, saying that if Saudi stops being oppressive to its people and improves its foreign decision making, the nation can join the United States in a new renaissance, where culture and business will flourish. If they instead decide to stick with the same horrible decisions they’ve made in the past, America will have no choice but consider them an enemy. For the first time in a long time, we have a strong individual in the White House, and it’s very telling that he has America’s best interest at heart based on the decisions he’s made so far.

A Wolf in Politician’s Clothing 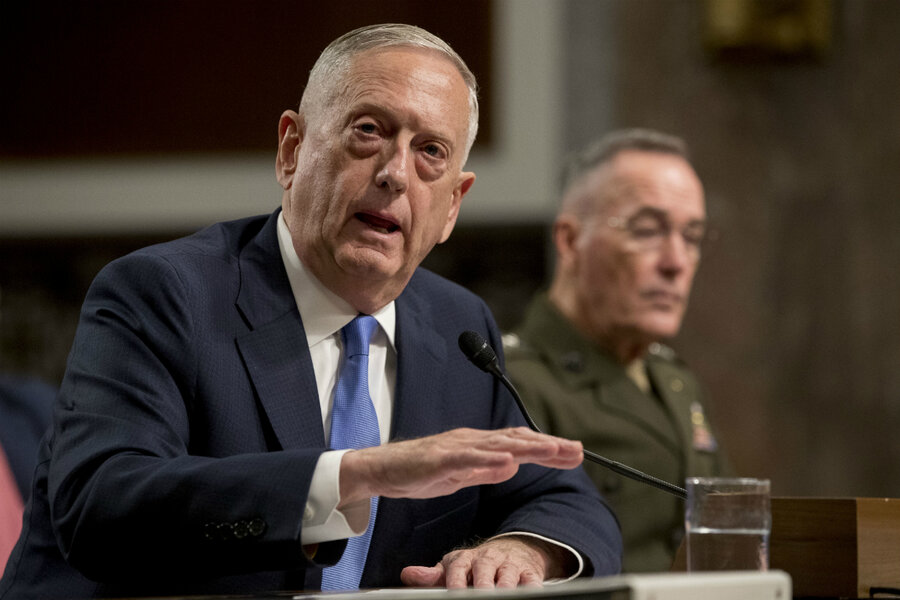 While I ultimately think Trump’s decision to aid the more stable and progressive Middle Eastern nation as long as it’s beneficial to us is the right decision, Trump’s ability to get rid of the Iran Deal has to make it’s way through our corrupt and tedious Congress. Failing to make any real change with healthcare and taxes so far, our RINO dominated Congress has expressed interest already in modifying the Iran Deal instead of scrapping it altogether. While it’s obvious to any sane person that sanctioning Iran and getting rid of any of their nuclear capability is the best option, lobbyist money runs deep in the pockets of most in Washington, meaning that it’s in a lot of people’s interest to keep this deal alive. Keep this in mind once Trump announces he won’t certify the deal, and once Congress gets it’s 60 days to either kill or reform it. Take special note of those who choose to reform, as that will be a clear indicator they have vested financial interest in the toxic deal.

There’s no question that Trump will make a full statement here soon, outlining his action to kill the Iran Deal, and urge our broken Congress to actually get something done. There’s also no question that figures like John McCain or others of the RINO ilk will show their true colors once again and blame factors like, “diplomatic concerns”, on why we need to keep the Iran Deal. Don’t let anyone fool you folks, the Iran Deal was a disaster when the Obama Admin went against our wishes and did it then, and it’s still a disaster now. While we won’t see peace in the Middle East in the next ten years, taking a hard stance against the evil regime in Iran, and supporting the wishes and safety or our allies like Israel is definitely a step in the right direction. Here’s hoping the President continues to stick to his values, and not fall into the trap of listening the the snakes that infest the swamp in Washington. We voted Trump for a reason, it’s about time our wishes were represented.